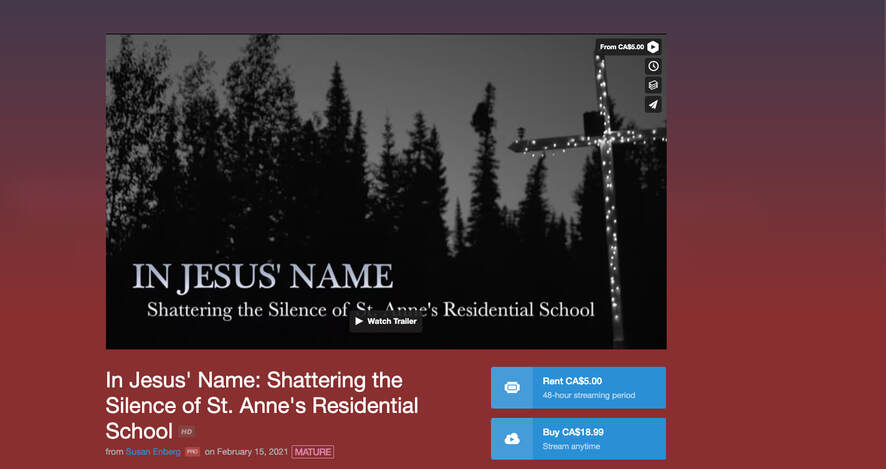 We are pleased to announce that "In Jesus Name: Shattering the Silence of St. Anne's Residential School" is now available - worldwide - for public/individual viewing. Go to: vimeo.com/ondemand/shatteringthesilence


For institutional licensing, please go to "Distribution of the Film" 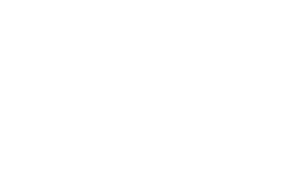 ​"With remarkable clarity, economy, and respect, this searing film bears witness to cultural genocide as revealed through the survivors’ own heartbreaking words."
Victoria Freeman, author, activist and instructor at the University of Toronto and York University
​In Jesus’ Name: Shattering the Silence of St. Anne's Residential School is a poignant all-Indigenous English and Cree-English collaborative documentary film (42 mins) that breaks long-held silences imposed upon indigenous children who were interned at the notoriously violent St. Anne’s Residential School in Fort Albany First Nation, Ontario. Use of a homemade electric chair at St. Anne's and the incorporation of testimony about student-on-student abuse makes this documentary stand apart from other films about Canadian residential school experiences. This film will serve as an Indigenous historical document wholly authored by Indigenous bodies and voices, those of the Survivors themselves.
​"Despite its difficult material, I am very thankful for Susan Enberg’s efforts to bring these
​voices to a broader audience. Her film very much speaks to the ‘truthful’ part of ‘truth and reconciliation’, and spurs one on with greater commitment to work on ‘reconciling’ of these and other injustices."
Rob Knectel, Friends and Neighbours of the Mohawk Institute Save the Evidence Campaign
"Giving as much space as possible to the survivors and their trauma, the film is respectful, informative, and straightforward."
EBoss Canada Review, October 2017

The Globe and Mail: https://sec.theglobeandmail.com/arts/film/jesse-wente-awarded-first-ever-reelworld-reel-activist-award/article36324167/

McMaster University (Hamilton): Screened to undergraduate Indigenous Studies students on June 12, 2017. There were tears in many eyes. Elder Louis Knapaysweet enthusiastically answered all of the many questions from students.

Fort Albany First Nation (in Ontario's far North): The film has screened twice in FAFN so far...to healthcare workers and to students at the Peetabeck Academy (2017). Screenings for Hearst and Cochrane are booked for early 2018.

University of Toronto (Toronto and Scarborough):  Screened the film a number of times to different groups of Indigenous Studies students since 2017.

Save the Evidence Campaign (Brantford): The film screened at Laurier University on October 25th, 2017,  at a fundraising event for the Mohawk Institute's Save the Evidence Campaign. This campaign is to raise funds to turn one of Canada's first residential schools into a historical preservation site of memory. See: www.brantfordexpositor.ca/2017/09/17/film-opens-second-year-of-lecture-series

National Centre for Truth and Reconciliation and the University of Manitoba: Screened as part of the Decolonizing Lens film series in Winnipeg, Manitoba, Monday December 11th, 2017.

Facing History and Ourselves: Sunday February 25th, 2018, at Innis Town Hall (University of Toronto St. George Campus), 4pm to 6pm. A Question and Answer Period followed the screening. Elder Louis Knapaysweet and I answered questions from the audience. 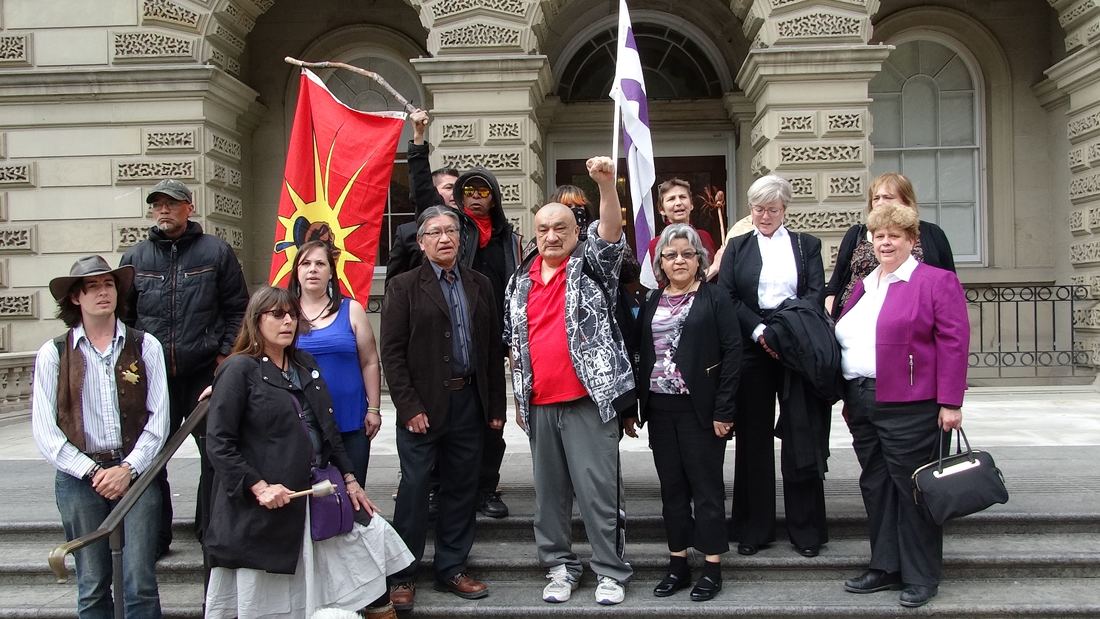 Photos of Survivors and advocates outside the Ontario Superior Court of Justice (Toronto, 11 May 2016). By Susan G. Enberg
I self-identify as a human rights advocate and Edmund Metatawabin identifies as Mushkegowuk Cree from Fort Albany First Nation. Edmund is a survivor of St. Anne's Residential School, advocate for the survivors in the Ontario Superior Court, a former Chief of Fort Albany, and author of the highly acclaimed book, "Up Ghost River: A Chief's Journey Through the Turbulent Waters of Native History." Our shoot locations include Fort Albany First Nation (northern Ontario), Ottawa and Toronto.

Although Edmund Metatawabin and I are first time filmmakers, we believe in the power of documentary to reveal important issues that may otherwise remain hidden from public knowledge and purview. In this case, we both acknowledge how—despite the great works of the Truth and Reconciliation Commission—the depth, breadth and gravity of child physical and sexual abuse at St. Anne’s Residential School remains almost entirely hidden from mainstream media. For example, we firmly believe that use of an electric chair on indigenous children at St. Anne’s should have been front-page news, with sustained media coverage. Instead this topic has fallen into the abyss of important stories that see little light of day. We both believe that by getting the word out to wider publics in a very powerful manner, we can help to evoke change: to our historical narrative, in education, in perceptions of indigenous people in Canada, and in both the public and political arenas. We uphold that the best way to inform publics so as to expand knowledge that will lead to empathy and positive change is through documentary film so long as those who have experienced residential school traumas are speaking with their own voices. Thus it was a conscious choice to ensure there would be no appropriation of indigenous voices or identities in In Jesus’ Name.
​
We have spent much time with this film, with the survivors within this film, and with survivors of other residential schools. We have gone the extra mile with research, with social media communications, and with advocacy. What we didn’t know how to do, we learned. When we didn’t have the funds, we moved forward anyhow choosing the survivors over our own quality of life. Most importantly, however, is our belief that the time to launch this film is now during, or close to, Canada’s 150 Celebrations (of colonialism). There must be a very powerful counter-narrative to the back-slapping congratulatory nationalism of what a fine country this is. As the film also exposes, survivors of St. Anne’s, a community of people from the far North who endured so much pain and horror from the time that they were just small children, are currently being re-traumatized in the courts due to the Canadian government hiding tens-of-thousands of pages of evidence of horrific abuses from the survivors and their legal counsel (that is our next film!). So yes, the time is right for In Jesus’ Name to be screened by film festivals.
​

"Director Sue Enberg has to be given much praise in putting this documentary together and getting the survivors of St. Anne’s to speak of the horrors because these types of practices at any level should not occur again.  Having a conversation isn’t enough, action must be taken which is why In Jesus’ Name is
​very moving."
FERN TV Review, October 2017
​Susan G. Enberg is an independent film director, producer, editor and photographer who recently launched her own production company, Susan G. Enberg Productions. She graduated from the University of Toronto in 2014 with High Honours (Honours Bachelor of Arts) and on the Dean's list. She majored in (international) Peace, Conflict and Justice Studies. In 2017, she will earn a Masters of Fine Arts in Documentary Media at Ryerson University in Toronto.

Susan has written two children’s books for the non-governmental organization, Free The Children. one a social activism curriculum for Grade 6 students. She has also worked with Habitat for Humanity Toronto as the Family Relations Coordinator. Susan helped to place families in affordable housing, facilitated home ownership workshops and publicity events, and empowered families to construct Habitat housing. In addition to being a documentarian, Susan is a long-time photojournalist whose writings and photography are wholly focused on human rights issues. She has been awarded numerous scholarships for high academic achievement and for her social justice activities.

In April 2017, Susan completed her role as director, producer, editor and photographer on the documentary film, In Jesus' Name: Shattering the Silence of St. Anne's Residential School, a film co-produced with Edmund Metatawabin with the grace of survivors of St. Anne's.  This film is a poignant exposé by survivors as they courageously tap into traumatic memories with great clarity, memories of the horrific abuses they suffered at the hands of the Catholic clergy and other students while interned at that isolated total institution.


Susan has also directed, co-produced and edited a short, pedagogical documentary film (22 min) that focuses on reconciliatory efforts at a Toronto school through the incorporation of indigenous arts and cultural sharing by vibrant indigenous artist, Chief Lady Bird. The title of this film is, The Art of Reconciliation.

​Edmund Metatawabin is a Survivor of the notoriously violent St. Anne's Residential School, an advocate for St. Anne's Survivors in the Ontario Superior Court of Justice, a former Chief of Fort Albany First Nation, and author of the highly acclaimed book, Up Ghost River: A Chief's Journey Through the Turbulent Waters of Native History. 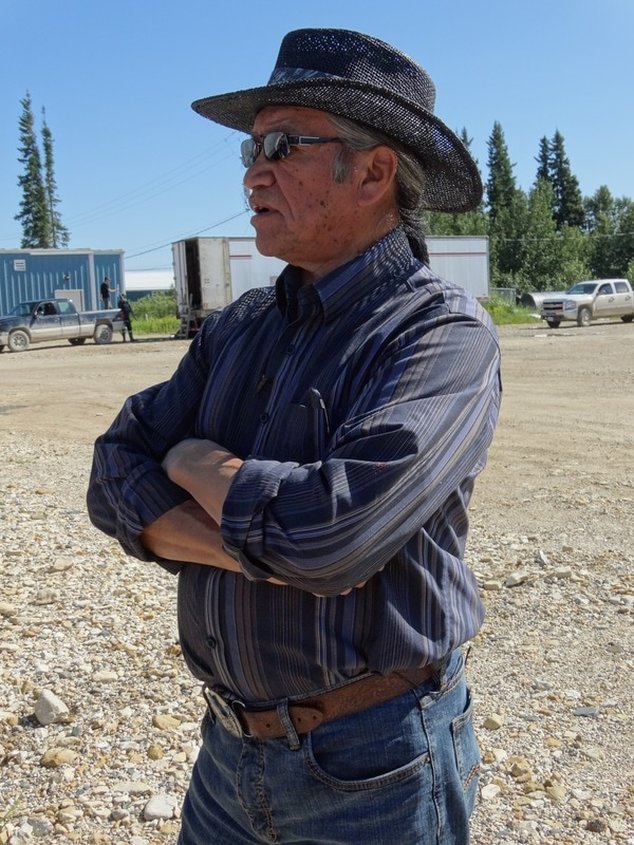 Here is some of what Edmund writes about himself:

I was brought into the world by four senior women of the village; my grandmothers.  That piece of knowledge has always been significant for me.  It carries me through many obstacles I face, knowing that I am on this world for a reason.


It is true that one of the effects of residential school incarceration, at a formative age, is that it minimizes an adjusted adulthood.  There are many ingredients that can be ingested to bring back those feelings we had during childhood; self-loathing, isolation and feelings of inadequacy that prevents the survivor from moving forward.


As we recover the drum, the sweat-lodge, shaking-tent and ancestry feast ceremonies (to name a few) as well as sing our songs and dance the many expressions of honour, we recover a lost pride in ourselves.  It has been a slow climb back.  Our confidence and hope is on the rebound. As we become aware that bad things still happen to many other tribes; black, white, yellow and red, we can focus on the resilience of humanity.  Now let’s all create wonderful things; books, plays, movies, art.


Today I take youth on a three-hundred kilometre Rafting Excursion to fight the effects of Nature Deficit Syndrome.  As the Ipod batteries run out the youth begin to hear, see and feel the varied expressions of the natural environment. Management of a large raft, measuring 60 feet by 16 feet, has many teachings.  You have to be aware of the river current, identify the shallow areas, anticipate rapids and work with the wind.  This need for constant vigilance makes everyone move all the time and that’s good for the physical health.


I used to ask students how far back Mushkegowuk history goes.  Their answers were in the hundreds and echoed the history texts in front of them.  Not too many said that we have been on this land for several millennia.  As the legends, oral stories and area land marks come to their attention, they realize our people have been on Turtle Island for thousands and thousands of years.  As we uncover a landmark and express our curiosity, the elders have begun to fill in the blanks.  The reason why it was hidden is a story in itself, a story to be told at a later time.


Our stories need to come out.  We can help each other realize that experience, no matter how difficult, can be a teacher.   I will advise youth (of all Nations) to speak to their old people and uncover their past – from those that lived it.  You will have your story and the elder receives companionship and attention from you.  For them that is a priceless exchange.


I'm a former Chief of Fort Albany First Nation, a Cree community on the shores of James Bay in Ontario, Canada.


I'm a writer, educator, poet and activist. The river that flows by my home has been in my family since time immemorial.  To protect the river is to protect our culture, history and being.


As a residential school survivor, I assisted the founding of the The Peetabeck Keway Keykaywin Association (PKKA) shortly after the first reunion of the residential school in 1991 as a way to assist fellow survivors navigate the trauma they had suffered and be part of a larger voice.  .


I own a sawmill and also work as a consultant, speaker and researcher. 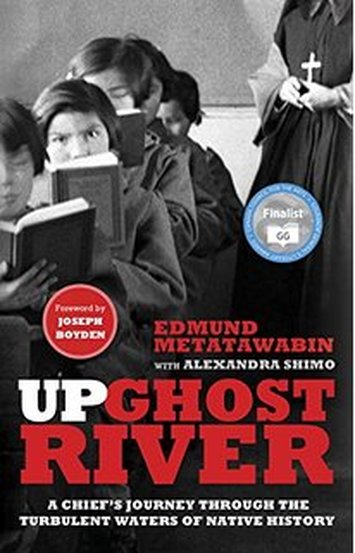 Many thanks to ​​Porter Airlines ​for sponsoring flights so that one of the Survivors in the film, In Jesus' Name, could attend the June 7th DocNow Premiere Screening in Toronto!

Thanks so much to Ryerson University’s Yeates School of Graduate Studies for coming on board as a sponsor of In Jesus' Name at the 7 June 2017 MFA Screening at DocNow 2017.